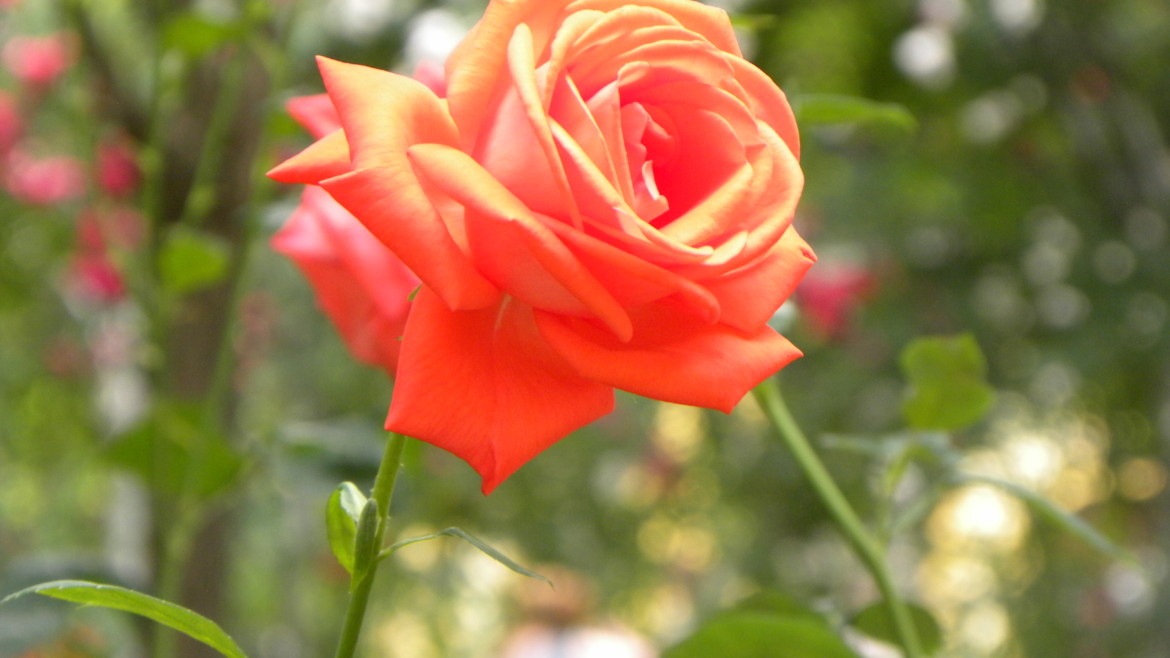 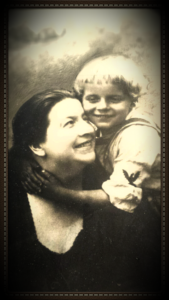 For much of the 20th Century, my father’s father grew roses in a tiny lot behind his white bungalow in Springfield Gardens in Queens, New York. Bounded by a busy, grimy world and contained within a chain-link fence, fluffy, golden Alistair Greys competed with Blumenschmidt tea roses the color of butter. Clumps of Souvenir de la Malmaison, voluptuous pale pink roses favored by Josephine Bonaparte and Catherine the Great, conspired to out-scent small, perfect pink-red Duke of Edinburgh roses.

Jack, my Scotland-born grandfather, doted on these thorny beauties. Nothing in his rose garden received more attention than the velvety, dark, bluish-red Prince Camille de Rohan roses. Jack said they were the color of love. He grew them for his tall, black-eyed, black-haired wife, Evelyn. She was born in Limerick, Ireland, a medieval city nestled on the River Shannon, and long known as one of its country’s most idyllic spots. She missed the smells and scenes of home, including the sweet aroma and enticing symmetries of her mother’s rose arbor. Evelyn died of pneumonia at home in my grandparents’ marriage bed at age 31, leaving my grandfather with four young children, including an infant boy. My father, John, was seven. Jack raised the children and tended his roses, with special attention to the Prince Camilles, for the remainder of his life.

I bring up my grandfather’s garden because, despite its astounding beauty, it represented mixed emotions: It was birthed from longing and sustained by grief. I feel both and I am working to balance them, hold them in my mind at once, with the hope it will help me to see.

My friend and colleague, Mary Jo Patterson, died more than a week ago after a long illness. She was 70. She had a hearty laugh and was happily married with two wonderful adult children. She possessed a laserlike eye for writerly detail. She was a top talent at The Star-Ledger of Newark, a major, profitable metropolitan daily, for more than three decades. She received many journalism awards. She also was my neighbor for over two decades when I lived in West Orange, N.J. We lived on the same street.  Our children grew up together.

Hundreds of journalists, politicians, neighbors, and friends gathered Sunday, April 24 at the Codey Funeral Home in Caldwell, N.J., for a memorial service for Mary Jo. Her husband, David Wald, the Star-Ledger’s former political editor, organized the service. Politicians, including ex-Governors like Richard Codey and Jon Corzine, as well as neighbors, friends, and family attended, but my Star-Ledger colleagues, past and present, dominated the scene.

The Star-Ledger brethren arrived early to show respect for Mary Jo’s memory and convey their sorrow to her family. Many, if not most, had not seen each other since they had accepted buy-outs from the paper years before. All were part of a harsh megatrend – the trying economic conditions challenging traditional business models that in the mid-2000’s forced managers of newspapers across the country, including the Star-Ledger, to take drastic, cost-cutting measures. Reporters retired in waves, at times decimating newsrooms.

Surveying the crowd at the service, I spotted men, clean-shaven and dark-haired when last seen, with white beards and snowy heads. Women, once brunette and blonde, had gone gray.  Reporters with babies when last talked to now spoke of PTA duties for their children’s schools. Many, parents at last view, are grandparents now.

I scanned the group and hugged many people, seeing friends, talented colleagues, and former rivals, and felt extreme longing, not for a place, but for a time. Like the rose garden, the scene was tinged with sadness. I understood better than ever why my grandmother, Evelyn, wept when she heard Celtic music, why my grandfather, Jack, grew misty-eyed when he described the craggy, heather-littered hills of the Scottish Highlands. My grandparents knew they could never return to their beautiful birthplaces. They couldn’t afford to – the Depression had taken care of that. They had brought their memories to America long before and that would have to do. Their worlds were lost to them.

I was seeing a lost world, too. Mary Jo was at the center of the Star-Ledger I knew and, without her, a big piece would be missing. For some time, I realized, part of me has wanted to time-travel to the great, grey newsroom in Newark of the 1990s and early 2000s where so many of us worked, a sea of desks where you could stand at the edge and watch hundreds of editors and reporters diligently and sometimes not so patiently put together the news, features, arts, and sports sections on deadline. There was so much talent in the room and vitality in the air – the kind that landed Pulitzers and many national and state awards.

Jim Willse, The Star-Ledger’s tough guy-preppie, retired editor-in-chief, eulogized Mary Jo and remarked on how so many people in the room were re-connecting. “Life is short,” Willse said. We yearn, he seemed to be saying, for a past we cannot recapture. We can, however, find joy and solace in each other’s company.

My grandparents found refuge in their passion for each other and the family they built. I may mourn my old newsroom, but the Star-Ledger itself, under the management of Kevin Whitmer, is still going strong, its leaders and staff adjusting to the new realities of digital-era publishing.  I experience joy daily in my conversations with my students at Rutgers University where I now teach journalism and writing. I know I cannot entice them to a journalistic life with promises of work in a vast newsroom. But I can mentor them so they learn about the excitement and importance of the work and seek a place in this dawning age of internet journalism.

Last November, I walked outside with Mary Jo. It was an unseasonably warm day. We stepped in golden light on the bright green expanse of lawn at Thomas Edison’s historic home, Glenmont, in West Orange. After she retired from the Star-Ledger, Mary Jo enrolled in and completed a Master Gardener program at Rutgers, pursuing a dream. One of her projects was to revive the gardens at Glenmont with new plantings. We walked by vast beds of shrubbery and fading flowers, as she pointed out her work. Glenmont’s gardens, she said, will bloom from early spring to late summer. She designed it that way. When I visit Glenmont again soon, I will look for the wildflowers she told me she planted. I am beginning to understand that longing is a kind of grief, one that must be experienced and embraced in order to grow. I want mine transformed to a loving remembrance, like my grandfather’s roses. 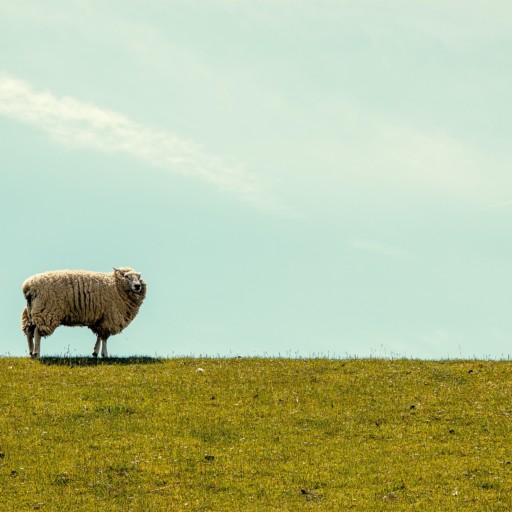 "Fairy tales speak to us, the story's archetypal subjects instinctively ... 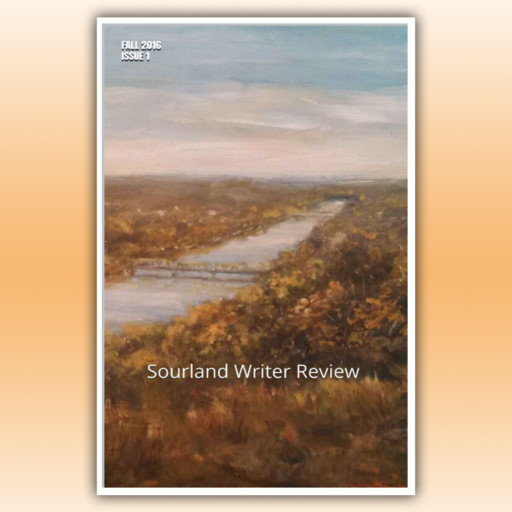 Growing as writers, from MFA students to Sourlanders