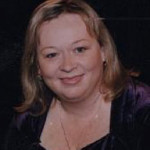 The judges wrote: “Epitomizing the role of a newspaper science writer, MacPherson composed a balanced and unsensationalized primer for the lay public on the complicated topic of genetic engineering of food. She deftly examined the issues in a concise style, never writing down to her readers, and maintained an easy narrative flow. The series explored the potential benefits, risks, and scientific uncertainties on a global scale, while weaving in regional sources and examples from the scientific and farming communities. The idea for “Food Fight” came when MacPherson observed the public reaction to reports that monarch butterflies might be adversely affected by genetically engineered crops. “No one, not even Michael Crichton, could have dreamed up a more interesting story,” said MacPherson. “Even on the surface, things looked interesting — could cold-hearted technology be mowing down a magnificent aspect of nature?” For the story, she mucked around farms in rural New Jersey, checked in with experts at nearby Rutgers University, and traveled to North Carolina and London, England. She expected scientists to be lined up on one side of the debate but found unsettling dissension among the ranks of researchers.”

MacPherson was honored with a Gold Award of Excellence for a video she created with Evelyn Tu, Princeton University’s video producer, on the slime mold research of John Bonner, an emeritus professor of biology at Princeton. The video highlights Bonner, one of the world’s leading experts on cellular slime molds, found in soils the world over. Bonner has led the way in making “Dictyostelium discoideum” a model organism central to examining some of the major questions in experimental biology. MacPherson’s feature on Bonner, titled “The Sultan of Slime,” accompanied the video.

New Jersey Press Association, Third Place, Newswriting Portfolio, 2002
“Seeds of Discord: The Battle Over Golden Rice” A Grain of Hope for the Starving; Getting Out of the Lab and Into the World; A Pitched Battle in the Revolution