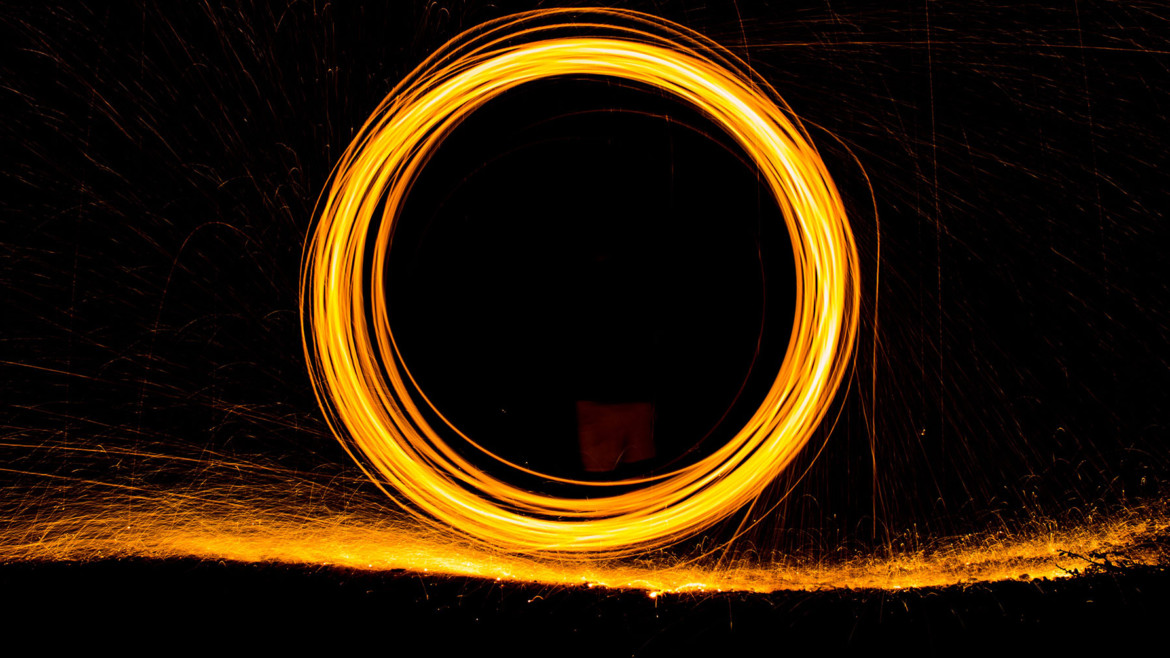 Newark is betting its economic — and civic — future on bundles of optical fiber and the transformative impact they may have on data delivery. Photo by Jeremy Perkins/Unsplash

It’s a little after noon on a sunny weekday, and, amidst the lunchtime hubbub in the elegant, updated main concourse of Newark’s Hahne & Co. Building, Newark’s head communications honcho, Marjorie Fields Harris, is knitting her brow in consternation. She has just videoed a live performance of the Newark Boys Chorus, whose members are singing a string of standards at the hall’s center, and she wants to upload it to the city’s Instagram account. But she can’t. She has tapped into Whole Foods Markets’ public Wi-Fi network and that infernal circle is spinning. Her iPhone screen reads, “Loading,” then freezes.

But wait. Seated next to her is Seth Wainer, the city’s chief information officer and guru of all things network-y. They are here to meet a reporter, who happens to be me, to conduct what Wainer calls a “speed test.” In response to Harris’ request for assistance, Wainer taps her phone screen, pointing to another network listed. Wainer knows it’s the one that will get it done. In a flash, Harris’ video is uploaded.

Wainer and Harris want to show me a monster. A good monster. Sprawling beneath us and the state’s largest city is an octopus of glass fibers 26 miles long. New Jersey Governor Phil Murphy in speeches has described the network as a treasure trove of connectivity – one of the greatest in the world.

With data transmission speeds of 10 gigabits, it will easily allow Harris’ video to upload quickly so that downtown residents can stroll over in real-time to take in the talents of the Boys Chorus. Long-term, any vision of a city’s future that includes driverless cars, telemedicine, and excellent education at a distance will need a technological underbelly like Newark’s. Even within the next few years, as cellphone carriers introduce 5G capability to enhance the connectivity of hand-held devices to offer augmented- and virtual-reality applications, such offerings will require fiber like Newark’s everywhere.

The Newark Fiber project being advanced by city leadership over the past four years is a bold one, experts say.  By taking a “wholesale” approach to its information infrastructure, meaning that the city, rather than private companies, owns the network and can make it available at a discount, Newark is looking positively prescient. The city is seeking to control its electronic destiny.

“Their approach is eminently sensible, and one that should be followed by every other city in America,” said Harvard Law School’s John A. Reilly Clinical Professor Susan Crawford, an author and scholar of telecommunications policy. “Because, if you don’t do this, you are going to be writing a check for eternity to private providers for drips of data. And that’s a tax on everything.”

Forward-looking businesspeople, Crawford said, want to be able to assume essentially unlimited data flow to partake in the 21st Century economy. And citizens, she said, should expect affordable access to high-speed internet services in their homes as readily as the availability of running water and electricity.

“Mayor (Ras) Baraka’s vision for this has been, ‘Let’s get the infrastructure of the city to come alive in a way that will further all of these larger goals for equity, for growth, for innovation,’” Wainer said. “And the Mayor’s approach for this tech infrastructure has been ‘How can we use it to do that?’”

The business community is paying attention. Newark Fiber is a linchpin of the city’s bid to host Amazon’s second U.S. headquarters. Amazon has dubbed Newaerk as a finalist in that competition with a decision still in the offing. And Don Katz, the CEO of Newark-based Audible.com, complimented Newark’s network in an NJBIZ story as “where the Internet comes up for air,” alluding to what he called its “vast web-work” of fiber optic cable running beneath its streets.

The allure of Newark Fiber is real for businesses and residents interested in relocating to the city, according to Jonathan Cortell, vice president, development for L+M Development Partners. The New York-based real estate developer restored and redeveloped the former Hahne & Co. flagship department store building on Halsey Street into a mixed-use, mixed-income development in downtown Newark in 2016. The development encompasses 160 apartment units, retail establishments including the city’s first Whole Foods Market, and Express Newark, a Rutgers-Newark cultural and arts incubator.

“Something like Newark Fiber represents a competitive advantage Newark can offer to employers and residents who may choose among other locales in North Jersey,” Cortell said. “The foresight city leaders had in choosing to invest in this fiber infrastructure seems invaluable as we market Newark to those who would consider the space for whatever they may do.”

Launch Pad Newark, a company offering temporary office space to entrepreneurs, has moved to an L+M property in Newark, citing tech advantages offered there, and Credibility Capital, a New York-based firm that makes loans to small businesses by matching them up with institutional investors, will be relocating to Newark, Cortell said. While the city has much to offer, the Newark Fiber project “helps people to get to ‘Yes,’” Cortell added.

City leaders do not want the advantages from its network to be only a downtown phenomenon, according to Jeffrey Moelis, the development director for preservation at L+M. In May, his company, along with Prudential and city officials announced a plan to equip Georgia King Village, a low-income housing complex in the West Ward, with free Wi-Fi. Residents of the complex’s two high-rises have been given passwords granting them access to a free wireless internet service that accesses Newark Fiber’s high-speed network.

“We are really excited about the prospects,” Moelis said. “This is a population that generally can’t afford this, and through the generosity of the city and Prudential, we were able to provide this incredible amenity.”

Moelis and others are currently engaged in reaching out to companies and non-profits about establishing a computer lab at the complex where children can complete homework and residents can enhance their resumes by learning high-tech skills such as coding. “We want to go beyond folks just having free high-speed Wi-Fi in their apartments so they can stream movies and do homework,” Moelis said. “We also want to bring services that leverage off of that. You can offer some sort of skill development with this incredible backbone. It’s different and can really improve people’s opportunities.”

More than 25 years ago, Stockholm, Sweden, led the world in its concentration on investment in a fiber network that benefits its residents, according to Crawford, the law professor and telecom expert. Tokyo, Japan, and Seoul, Korea, have followed suit. Now, Newark, she said, is, too.

“A city that can chart a bright future for its residents will be ahead and Newark is going to be able to do that,” said Crawford. “It’s really big.”

A need for speed

I thought I was going to see tech’s version of the Bible’s Leviathan – miles of sprawling tentacles in dark, damp tunnels. But, sitting with Chief Information Officer Wainer and Press Secretary Harris in the bright concourse of the Hahne’s building, I realize it’s not so much what is seen as what is measured. Sure, the cables exist, down the city’s many manholes, erupting in switching stations and in buildings housing server farms. With Newark Fiber, however, it’s all about speed.

Wainer waves his cell phone at me. His screen displays simulated gauges. Their needles are arcing up, clockwise. This is the “speed test” he promised. Broadband speeds are measured in “megabits per second,” often shortened to Mbps, Wainer said. Bits are tiny units of data. A megabit represents a million bits. The higher your number of megabits per second you have through your internet connection, the speedier your online activity can be. A high number means that downloads complete more rapidly, webpages load faster, music or video streams quickly, and video calls and online games occur smoothly.

Speed tests like “Net Speed” measure the Mbps transmission of data from an internet server to a computer or device. How much speed do you need? Imagine if you are a family of five and you are absolute speed hogs – on a daily basis, you employ a legion of devices like computers, smartphones, tablets, gaming consoles and smart TVs to download torrents, take in movies on Netflix and Hulu, play Call of Duty online, chat on Skype or FaceTime friends. According to highspeedinternet.com, you would need about 50 Mbps to support your digital habits.

Wainer proffers his phone. The dials are stilled, the needles back in place. The screen reads “431 Mbps.” “That’s fast,” Wainer said. 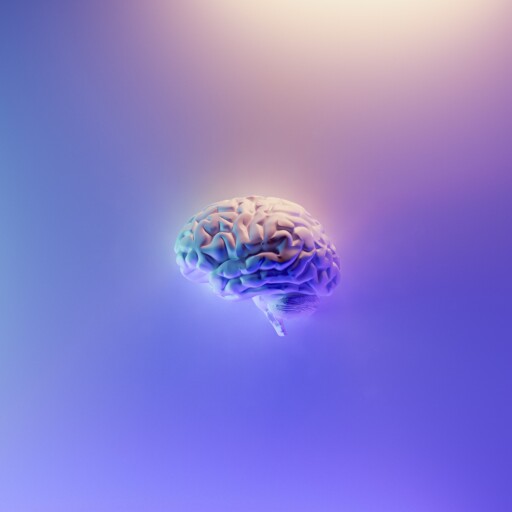 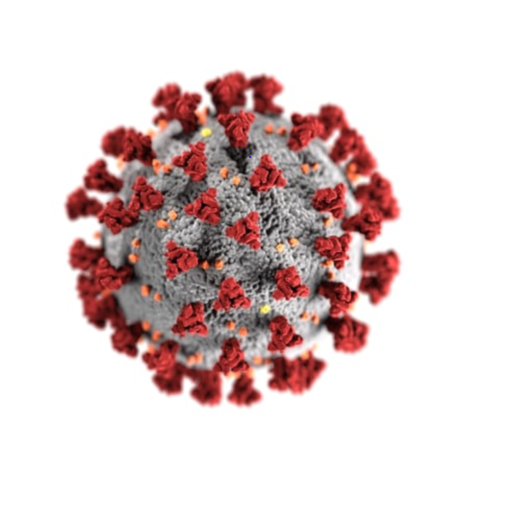